I have worked in painting, sculpture and drawing to commission, on large and small scale, and am very interested in responding to specific contexts, places and needs.

Below are some examples of large scale, earlier commissions. However, intimate and more portable work is equally of interest, and the possibilities of this are best represented by the images shown in the main galleries of this site.

I have painted whole walls in acrylic. The work shown, ‘Adrift’, is over two metres wide and high, and is an oil painting. It was a response to a space where there was a body of water, and a slightly humorous reference to looking was required (hence the ‘eye’ forms). The very deep blue of the greater part of the work was a given of the commission.

The challenge of large scale wall based paintings is enthralling, and I would most like to develop this via commissions.

The work shown is an enlarged digital print of a drawing. The context is Universal Music headquarters in Hammersmith. There are large buildings set back around the curvilinear roads around Universal. The print, which is on a curved section of wall five metres long and over two metres high, is based on a sound system imagined on the scale of three buildings.

Drawing is usually an intimate tool of perception and imagining, and this is how most larger work begins. But I am very engaged by the idea that drawing can also be a more public and final statement in itself.

My largest piece was commissioned by the Cass Sculpture Foundation, and is now in Holland. The viewer can walk between the two elements, which are three metres high, and  thereby enter into a physical relationship with the sculptural equivalents to breathing in and out. Concentrating on the breath is the basis for a fundamental meditation technique called Mindfulness of Breathing.

I have several public sculptures in and around London. Except for a cast stone piece at St James in Piccadilly, these sculptures are all made in painted steel (see Rising and Wish, commissioned by architects). I have also worked extensively in wood, stone, cast iron and bronze. 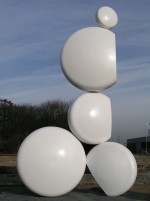 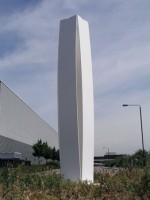 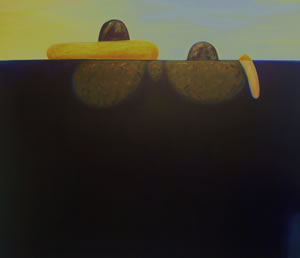 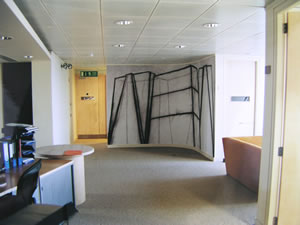 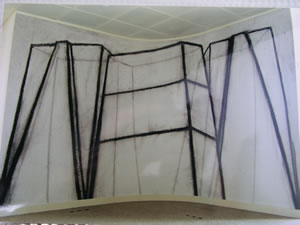